The story below has since been proven inaccurate. It seems we’ve found the lost Sovereign 30 and it’s in one piece, on land, at last check.

Requiem for the Lone Sovereign 30

In researching this history, we came across a 2011 Facebook post by John J. Paskoski featuring a photo of a marine salvage operation, allegedly for a sunken Sovereign 30. In an exchange of messages, Paskoski explained he had been hired by the marina to remove the vessel after the 2004 hurricane season, which devastated the communities in Florida’s Space and Treasure Coasts. He believes the sunken boat was a Sovereign 30 because the mainsail had the Sovereign crown insignia with the number 30 on it. 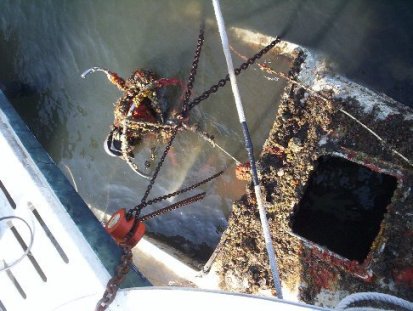 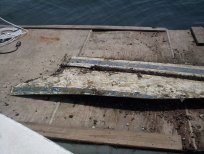 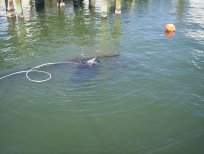 Photos of the Sovereign 30 salvage operation at Fins Marina in Sebastian, FL, after two hurricanes struck that stretch of Florida coast in 2004. Courtesy of John J. Paskoski.

Paskoski explained that the owner had anchored it off Vero Beach with three anchors off the bow, however, he had failed to reduce windage, choosing instead to secure the sails with bungee cords. In the hurricane-force winds, the deck separated from the hull, the bungee cords failed, the boat broke free and sailed to Fins Marina in Sebastian, about 10 miles away.

When it arrived at the marina, it collided with a Hatteras 55 that was on a lift and poked a six-foot hole in the side of it, knocking it into the water. The Sovereign’s bow broke off and both boats sank. The bow of the Sovereign is still under the dock at Fins Marina; Paskoski and his crew never found it while they were working at the site. Several years later, it was discovered under the pilings of the dock and is still there wedged in there. Eventually, the Sovereign owner was located and the insurance company paid for the damage. Paskoski still has the Sovereign’s helm (visible in the center cockpit, in the photo above), which sits in his yard as a reel for a garden hose. 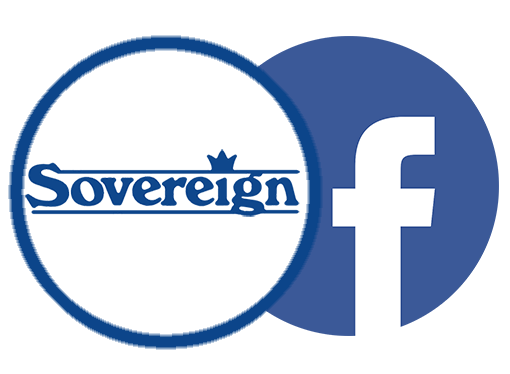 Support this site by purchasing at Amazon. Click any item below and go shopping as usual. We get a cut, at no cost to you!

Sailing Small: Inspiration and Instruction for the Pocket Cruiser